Lab Kelpie is a theatre company dedicated to the production of new text-based work by Australian playwrights.

A not-for-profit organisation with a board of experienced and passionate industry professionals, we actively seek out works that engage audiences by interrogating with intelligence and vigour how relationships, power and politics function in the twenty first century.

As strong advocates of new writing, we support Australian playwrights by commissioning, developing, presenting, publishing and touring their work, encouraging our writers to take risks and inspire audiences with the themes and messages they want to explore.

“One of Australia’s most exciting independent theatre companies on the rise.” – Maxim Boon, The Music 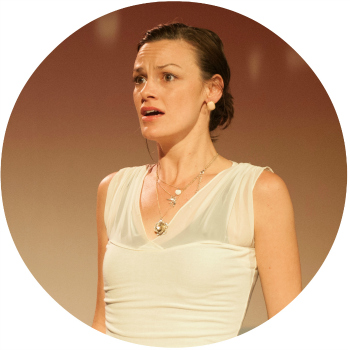 Our critically acclaimed production of Elegy about the plight of LBGT refugees was a Premier Event for the 2016 Midsumma Festival, while our production of Katy Warner’s A Prudent Man was nominated for Best Performance and won the WA Tour Ready Award and the Bank Australia Audience Choice Award from over 430 shows at the 2016 Melbourne Fringe Festival. It has since been nominated for a 2016 Green Room Award for Best New Writing, enjoyed a sold-out run at Fringe World Perth and was programmed at the Darwin, Brisbane and Hawkes Bay (NZ) Festivals.

Previous works have also toured to regional Victoria and interstate including Queensland and Western Australia.

Lab Kelpie acknowledges the Australian Aboriginal and Torres Strait Islander peoples as the first inhabitants of the nation and the traditional custodians of the lands where we live, learn and perform on. We pay our respects to them and their cultures; and to elders both past and present.

Lyall is Lab Kelpie’s Artistic Director, driving the vision of our company to unapologetically put the writer at the heart of everything we do.

A four-time Green Room Award nominee, Lyall has been performing on stage and screen for over 15 years. Notable productions include The Pride for Red Stitch, North By Northwest for Arts Centre Melbourne and The Heretic for Melbourne Theatre Company. On screen he has appeared in Neighbours, Winners & Losers and most recently The Leftovers (HBO) and Picnic At Hanging Rock.

He co-devised and directed SuperGirly: Return of the Pop Princess with Lulu McClatchy, which enjoyed two sold out runs and interstate and regional tours throughout Australia, and developed the Green Room nominated production of A Prudent Man with Katy Warner in 2016.

In 2017 Lyall worked under Susie Dee as Assistant Director to Patricia Cornelius’ Big Love at Theatre Works and in 2018 he was nominated for his performance as Ben in Katy Warner’s latest play Spencer, also produced by Lab Kelpie, which will tour nationally in 2019.

He is currently leading the development and presentation of several new works for Lab Kelpie.

Sharon is a graduate of The Victorian College of the Arts and works in both the commercial and independent theatre sector as an actor, voiceover artist, and educator for over 15 years. She has toured extensively with commercial stage productions such as Australia Day and Mother & Son as well as the highly popular and successful Shakespeare in the Vines tour for Essential Theatre.

Sharon is a fierce advocate for Australian artists and their unique stories both in her artistic work and her active role as Victorian President of Equity. She is an active member of the National Performers Committee and the Equity Wellness Committee and devotes many hours to ensuring performers and the wider industry are valued, informed, and protected in their work.

Her critically acclaimed directorial debut of Katy Warner’s Spencer garnered two Green Room Award nominations and highlighted her talent and natural instinct for the development of new Australian writing, leading her to joining Lab Kelpie’s artistic leadership team with a focus on dramaturgy the development of new writing for the stage.

As a playwright himself, Adam is passionate about presenting independent productions with a main stage mindset, striving to deliver outcomes for Lab Kelpie that promote the work of playwrights and the creatives that bring them to life.

In 2016 Adam worked as a freelance producer with Influx Theatre (Susie Dee, Nicci Wilks and Kate Sherman) to co-present Animal with Theatre Works. It won Best Direction, Ensemble, Lighting and Sound at the 2016 Green Room Awards and appeared at Dark Mofo in 2018.

A playwright who focuses on putting queer narratives at the centre of his work, his first play Become The One was recently selected as the winner of the 2018 Gasworks Playtime Stage Readings Event for Midsumma, while his latest work SISSY has had readings at Seymour Centre in Sydney, Small and Loud in Melbourne and Bradford Playhouse in Leeds. His short play, Somewhere Only We Know, was recently directed by Rosie Holden in London. He is the current recipient of a 2018 Jacky Winter Gardens residency.

An internationally-raised, Melbourne-based creative producer with a keen interest in new work, emerging artists, and Australian stories, Lauren is passionate about facilitating the development and delivery of artists’ work, from inception through to presentation.

Lauren started at Lab Kelpie in 2019 as Associate Producer, and since, has worked on producing creative developments, new works for the stage, national tours, educational programs, and digital works, taking on the role of Creative Producer in 2021.

As an independent producer, Lauren is working with playwright/director Olivia Satchell to produce her upcoming work, let bleeding girls lie, premiering late this year. With multi-disciplinary collective, Variation Three, Lauren produced their debut work, Bent, for Midsumma 2021, which enjoyed five-star reviews and sold-out sessions, alongside producing a suite of digital works including video dance pieces, and a podcast.

Lauren is also a keen director and performer, with directorial roles on projects with Lab Kelpie, Burning House, and the Danger Ensemble. She has undertaken a directing mentorship with Petra Kalive, and trained as an actor at the Howard Fine Studio.

Lauren is currently completing a Master of Arts and Cultural Management at the University of Melbourne.

Sam is – you guessed it – a Lab x Kelpie and our namesake. He occasionally pops into the office to keep an eye on the direction of his company, but is mostly preoccupied with sleeping and cuddles…

No one is really sure what Matilda’s official role at Lab Kelpie is, but she’s never far behind Sam and constantly in our ear to change the company name to Jack Corgi…